post-title event-title The Cares Route https://campingelcarespicosdeeuropa.com/wp-content/uploads/2017/02/rutaelcares-eventos.jpg no no Activities Event
Reserve your experience

The Cares route is the most popular trail in Picos de Europa, connecting the Leonese town, Posada de Valdeón, with the Asturian town of Poncebos.

The trail stretches 18km but can be comfortably walked as it is mostly downhill which allows people of all ages to enjoy the trek.

The hike can be planned in several different ways as to incorporate more, or less, walking. Although both parts of the trail are impressive in their own right, we recommend that the trail should be split in to two parts to be hiked separately on different days.

However, if you would rather see the whole trail in one day, but lack the time to do it all at once, our staff onsite can help you pick the most worthwhile parts to hike.

Activities and events of interest 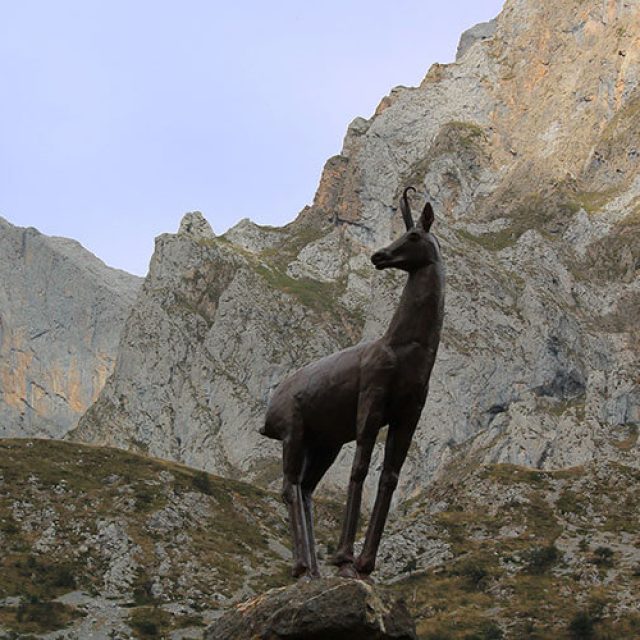 It is the most popular route in Picos de Europa, connecting the Leonese town Posada de Valdeón with the Asturian one, Poncebos. 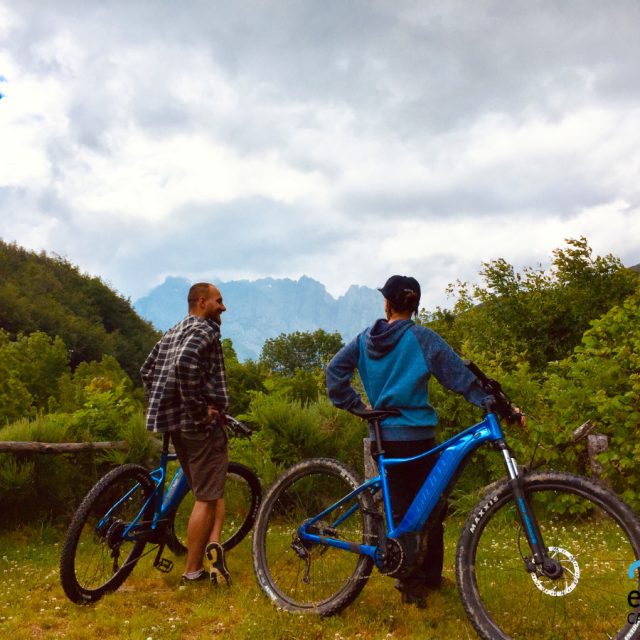 Electric mountain bikes in Picos de Europa The bicycle is a fantastic means of transport that takes care of the environment and helps us practice sustainable mobility: it reduces air pollution, ecological footprint, carbon emissions and besides being healthy, it’s a lot of fun! From Camping el Cares, we propose the electric bicycle as the best option to enjoy the winding environment of Picos de Europa, and especially the Valdeón Valley. More information in our blog 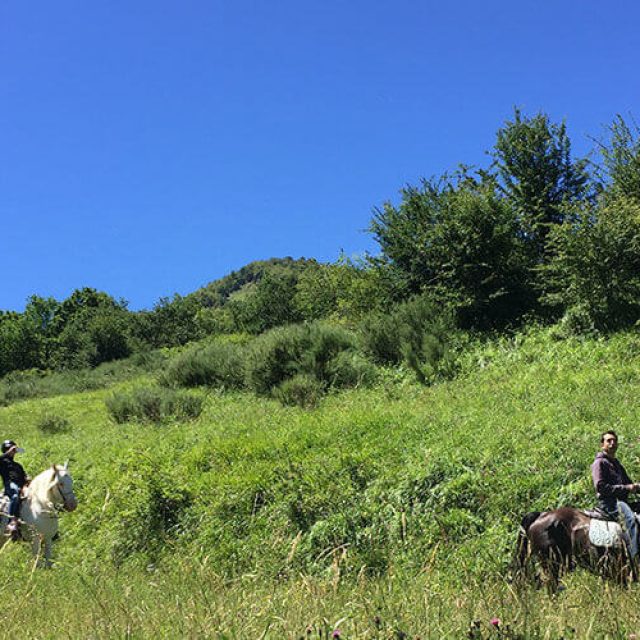 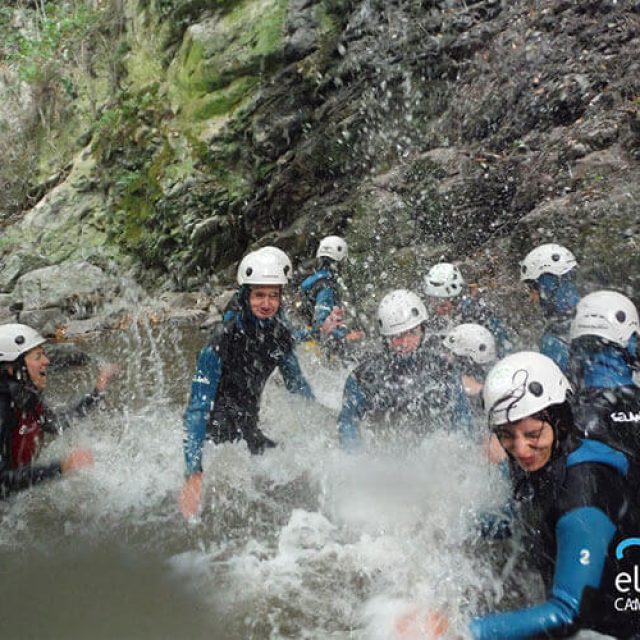 Canyoning In the area of ​​Picos de Europa we can offer you ravines of different levels of difficulty, from ‘petit’ for children, to a higher level, depending on the age and experience that the client has in these aquatic activities. During the activity you will be accompanied by professional guides with experience in high level canyoning that will be at all times pending that the group go comfortable, safe and enjoying the activity. 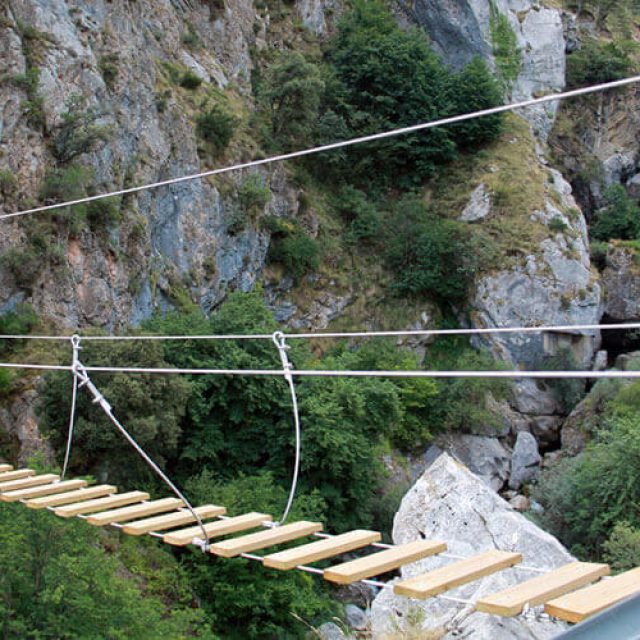 Via Ferrata Itinerary Located within the National Park of the Picos de Europa, the Via Ferrata de Valdeón is simple, ideal for those who want to start in the practice of this type of itineraries that combine in a sublime way the vertical and horizontal sections. In its little more than 1,200 meters, it is via summed up an incomparable beauty. It is a perfectly equipped route, which has multiple steps, very close to each other, which lowers the difficulty of it. In addition, all the views that you will find keep a perfect aesthetic, since it is in the very heart of Picos de Europa, between the Central and Western massifs, in the breach that Cares river carved for thousands of years. You can rent the material and we can even accompany you with a specialized guide with which you will feel safe at all times. more information in our blog 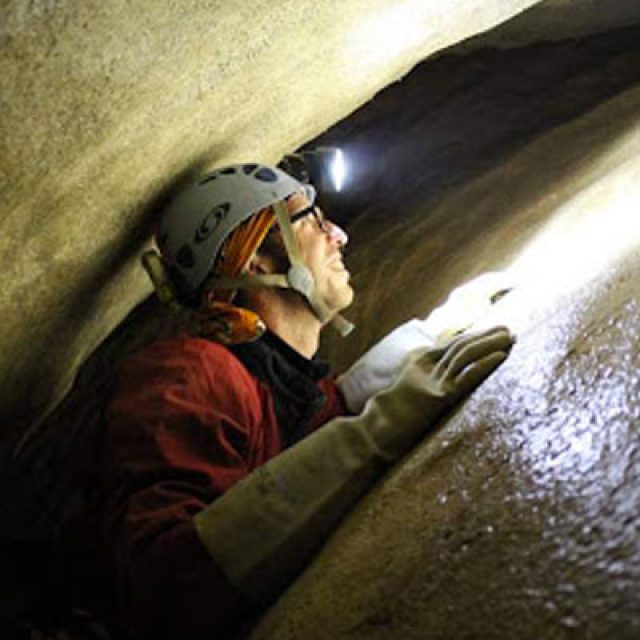 Speleology Minimum group of 2 people. Petit Level , 5-11years -> Price € 30 / person Initiation Level , 11-15 years -> Price 35 € / person Medium Level , from 16 years old -> Price € 45 / person Advanced Level , from 16 years old -> Price € 60 / person Vertical Speleology – Asturias , from 16 years old. -> Price € 120 / person IMPORTANT: If the client has never done the activity before, we will only do with them initiation level or families, if they have already done the activity before they can go directly to the other levels. All levels include: Professional guides, duly qualified and with extensive experience. Personal material (helmet with led lighting, ares “except at family level that is not necessary”). Collective material (ropes, self-rescue material, first aid kit). Accident insurance. Liability insurance. 21% VAT. For all levels, customers must bring: Comfortable clothes, long sleeves and long pants that can stain. Sneaker or mountain boot. Clothes to change when they finish the activity. 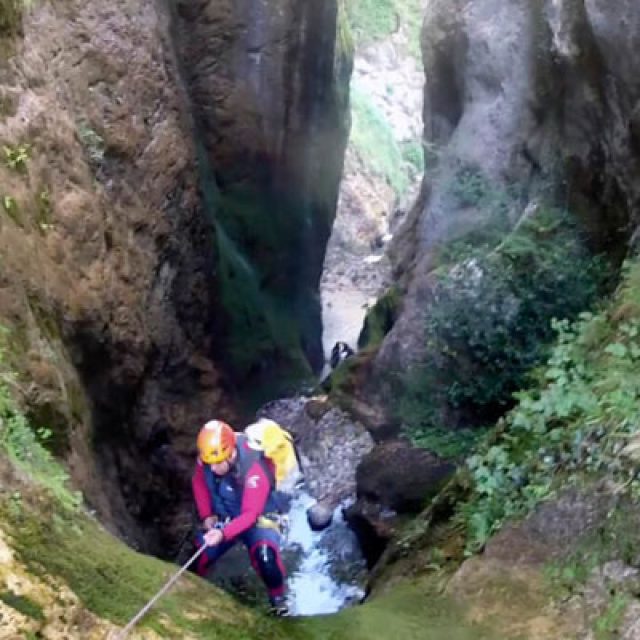 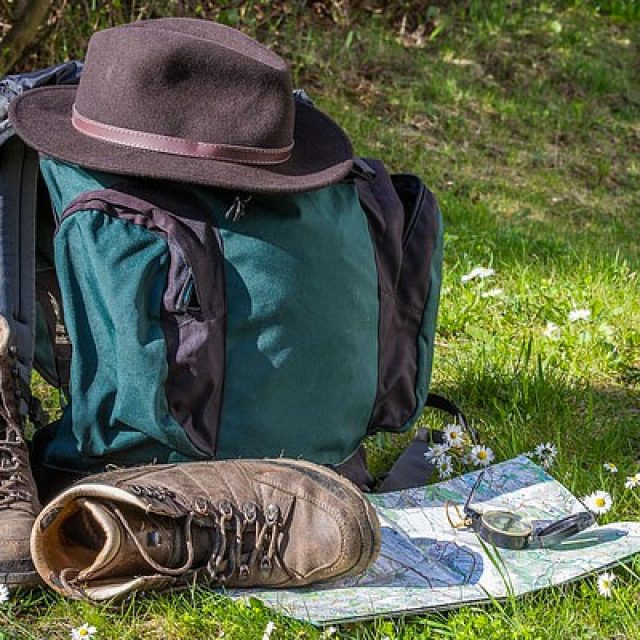 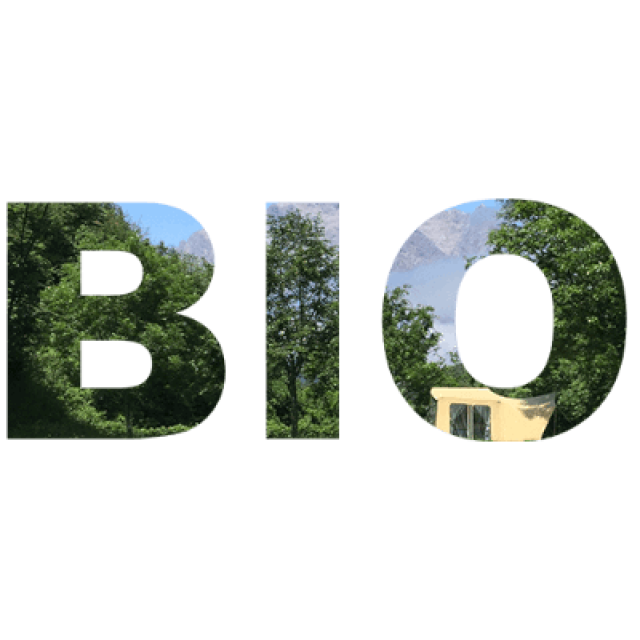 Eco Circuit What is the Eco Circuit? Our ECO Circuit is a form of sustainable fun which gives focus to environmental education through workshops, exploration and gymkhanas. With the Eco Circuit, we try our best to do our bit for your child’s development of environmental and natural awareness. We believe that children who play outdoors develop an awareness to their natural surroundings which helps them understand and relate to the environment in an incredibly healthy way. Children have the innate ability to make friends wherever they go. In our Eco Circuit, little ones will interact with other kids from different cultures as, thanks to our bilingual staff, we attract a vast range of families from all backgrounds. This melting pot of different cultures, fun and games makes for a great way for children to spend their holiday! Why have we developed the Eco Circuit? The Eco Circuit was created for a number of reasons: to help to develop ecological values through sustainable tourism, to teach children how to coexist, to help children get out in the countryside and breathe its fresh air and finally, to appreciate what nature has to offer us. By exploring, self-educating and enjoying the natural environment, […] 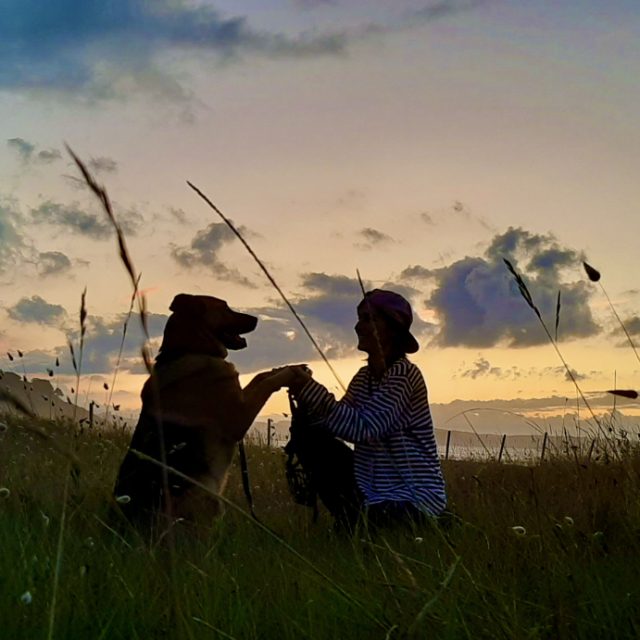 THEORETICAL AND PRACTICAL COURSE FOR EXEMPLARY CANINE HIKERS The course will take place at the El Cares campsite, (see dossier) located in the Valdeón valley in the southern part of the Picos de Europa, without a doubt a unique and beautiful place surrounded by nature, where we will enjoy its landscapes and hiking trails. Accommodation and meals are available at the campsite upon reservation. When will it take place? 11, 12 and 13 June 2021. The duration of the course will be three days and two nights, time that we will take advantage of to learn and to walk through its beautiful places in our free time. This could be a great opportunity to combine fun and educational experience. There is a minimum of 10 people and a maximum of 15. The price is 60€ for an adult and a dog, and the family nearby can attend some of the recreational blocks. You can make your reservation from the campsite’s own website. If you are unable to attend due to force majeure, we will reimburse you the amount of the reservation. INFORMATION OF INTEREST All of us who have decided to adopt a dog as a companion animal, have at […] 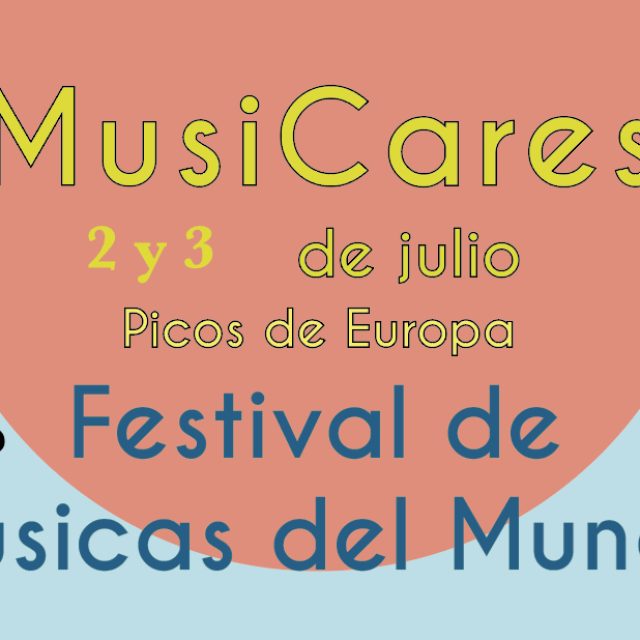 MusiCares Festival If there is anything as inspiring as the crags, rivers and beech forests that surround us, it is the idea of holding a music festival in this magnificent environment of which Camping el Cares is a part. We have organised some fascinating daytime events, with delicious food, children’s entertainment, performances, craft stalls and great artists who will transport us to their diverse worlds of melodies, guitars and percussion. With the theme of “World Music” we want to offer different musical styles that enjoy a recognized prestige, Folk, Flamenco, Bossanova, classical-fusion … but in reality, what really enhances this second edition of the festival MusiCares is to have very special artists who reveal their personality with such sincerity that the result is none other than beauty and authenticity. Camping el Cares is an authentic mountain campsite from which you can explore countless routes, taste its rich gastronomy and enjoy the best live music, outdoors and during the day. It combines the best circumstances for all the members of the family to have an unforgettable holiday. MusiCares 2022, the World Music festival you’ve been waiting for, will be held on the weekend of the 2nd and 3rd of July and […]