The El Cares trail is the most popular route in Picos de Europa, connecting the Leonese town, Posada de Valdeón, with the Asturian town of Poncebos. The trail stretches 18km but can be comfortably walked as it is mostly downhill which allows people of all ages to enjoy the trek.

The first, from Posada de Valdeón to Cain, descends deep into the dense leafy forest surrounded by peaks reaching altitudes of over 2000m, passing a gorge between the Central and Western Massif.

The trail begins as you cross the bridge over the River Cares. It then curves off to the right arriving at a beautiful path which leads to the Mirador del Tombo, a lookout which boasts views of the mountainside. Here, an informational plaque can be found to help identify the most important peaks in the Macizo Central mountain range, as well as pointing out the Cantabrian chamois statue, Picos de Europa´s most majestic animal. 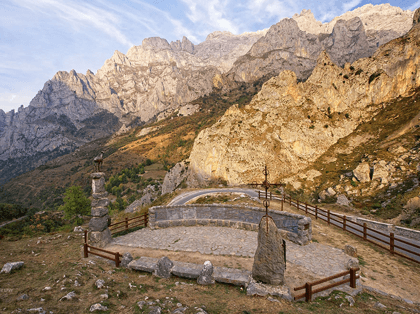 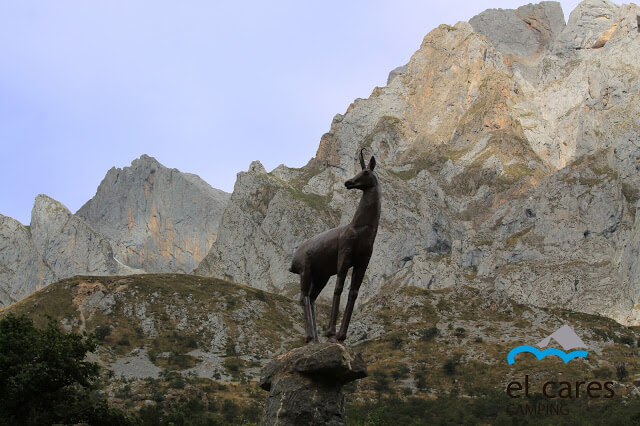 Crossing and following the river 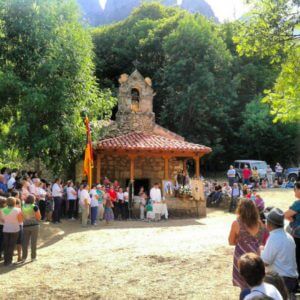 downstream, the trail takes its path up to the right-hand side until it reaches a forest clearing where the symbolic shrine, Ermita de la Corona, was constructed. According to legend, this was said to be the coronation site of King Pelayo, an Arabic king from the 8th century. 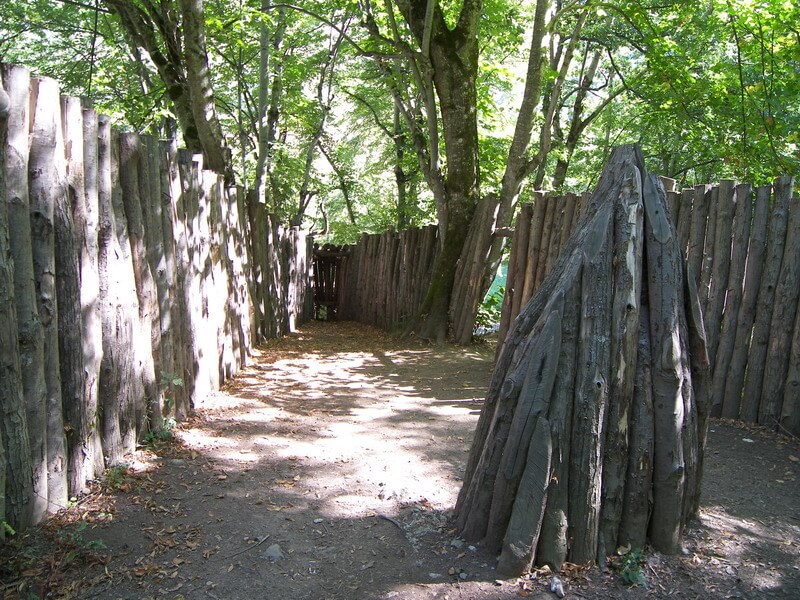 The trail continues up past the motorway passing Chorco de los Lobos, an old pit used to protect the nearby towns from wolves. It was used to alert villages to the presence of wolves. When the bell in the pit rang, the men in the valley would take up their arms and start to hunt.

Following the same path, the trail reaches Las Vegas, where the River Cares meets the Peguera, it then crosses the Capozo Bridge and then the Canceles Bridge as it takes you through Caines Canyon which leads on to Cain itself, twisting and turning around large crags.

Cain is hidden in the depths of the valley, nestled in the midst of the highest peaks in the Central Massif district. The hostility of the town’s location meant that its inhabitants develop compelling skills to manoeuvre around its harsh landscape. This rings true as the famed mountain climber (Gregorio Perez), who was the first man to climb Naranjo de Bulnes, hailed from the northern Spanish town.

The second part of the trail, which runs from Cain to Poncebos bridge, is known as La Garganta Divina (The Heavenly Pass). The trail leads its hikers down a path sculpted in limestone through natural tunnels and bridges crossing the River Cares. This stretch slowly ascends up to reach Los Collados, a point which offers breath-taking views of the canyon before traversing an almost challenging rocky slope to finally arrive at Poncebos, the end of the trail. 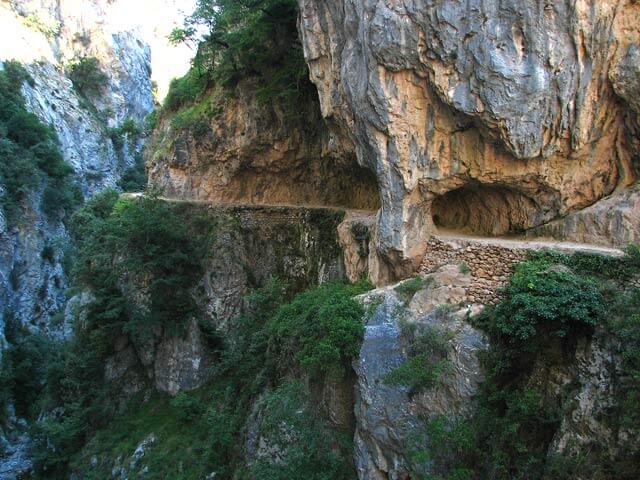 The hike can be planned in several different ways as to incorporate more, or less, walking. Although both parts of the trail are impressive in their own right, we recommend that the trail should be split in to two parts to be hiked separately on different days. However, if you would rather see the whole trail in one day, but lack the time to do it all at once, our staff onsite can help you pick the most worthwhile parts to hike. 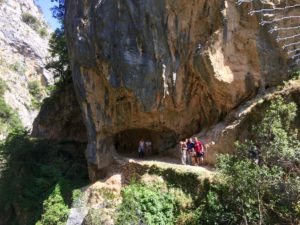 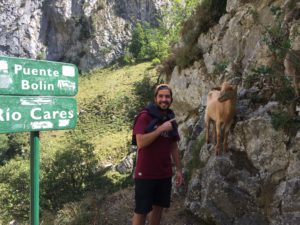 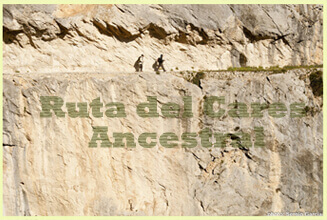